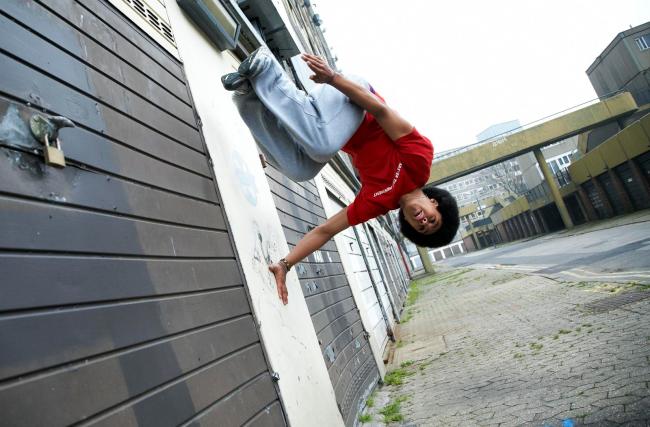 1. States Parties recognise the right of the child to rest and leisure, to engage in play and recreational activities appropriate to the age of the child and to participate freely in cultural life and arts.

2. States Parties shall respect and promote the right of the child to participate fully in cultural and artistic life and shall encourage the provision of appropriate and equal opportunities for cultural, artistic, recreational and leisure activity.

United Nations Convention on the Rights of Children

Take a moment to think about your answer.

For most of us, we feel like that when we are doing something for no other reason than for the sheer enjoyment of doing that thing. Something totally voluntary, something we’re not obliged to do out of duty or need or to pay bills. Something fun.

For most of us, we feel most alive when we play.

Play can take innumerable forms, of course, and by play I’m not referring to something frivolous that simply fills time between endeavours of gravitas; play is that thing you are so passionate about you choose to spend as much of your precious, limited free time as possible indulging in it. It’s what you commit whole weekends to, if you can. It’s what you fight to devote an hour to after work, before you get home. Most likely it’s the thing you look forward to most in any given week. It’s something you do for no other reason than to be spending time doing that thing.

So why do we marginalise it so much? Why is play something we squeeze into the odd hour here or there, if we can, usually when already tired from work and other ‘involuntary’ activities? Why, if it is the time when we are most fully ourselves, is it given such low priority that we end up skipping it altogether in favour of activities we only half want to engage in? Paying the bills is important, but surviving at the expense of living isn’t a good equation to accept.

Play is a vital part of healthy human life, particularly when young but also carried on into adulthood and old age. The more time we can devote to play the happier, healthier, less stressed and more vibrant we feel. It energises, it fulfils, it gives shape, balance and value to our days.

Across all cultures, play is something that naturally, spontaneously arises. All we have to do is stay out of its way and let it happen. In fact, it being something that arises from within rather than something enforced from without is a defining attribute of play. Think of Monica in the hit TV series ‘Friends’, constantly trying to order and manage play for her peers, to impose it like a set of rules and codes for ‘having a good time’, only to have her attempts rebuffed time and again. That’s not play, far from it. Authentic play is self-organising and creates its own rules as it goes along – and those rules bend to fit the play, as opposed to the play being defined by the rules.

Play exists as its own self-contained paradigm. Children play best when unsupervised, as secrecy is thought to be a vital element of play for the young: their games have secret rules, shared only with, and important only to, the players. Their play almost always involves discovery, exploration, taking risks (be they physical, mental, social, whatever), pushing boundaries, and it is usually adaptive – it innovates, imagines, creates. It reinvents space, using it for its own purposes, with no ostensible goal other than for the playing of the game. And while that game is happening it is, to the players, the most meaningful thing in the world. It’s serious business, this play stuff!

Sound familiar? It should. Play is a central element of parkour; it’s just that we are very serious about our play, which is as it should be. Indeed, according to the founders, parkour was – partially at least – born out of childhood games of exploration, challenge and experimentation. That doesn’t devalue it nor remove its effectiveness as a tool for self-improvement, education and self-knowledge; quite the contrary, as huge amounts of our learning as children occurs during play. Further, for young people, just as for any young animal, playing outside in a natural environment is how they learn the vital movement skills central to developing a robust and resilient physicality as they grow up. Co-ordination, balance, strength, fitness, mobility, a better immune system, improved senses, tougher skin, stronger bones – the list goes on.

The Nature of Play 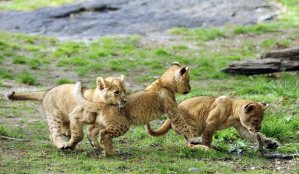 Why do animals play? Why do young lions / elephants / monkeys / wolves / pick your species all grow up playing, rough-housing, chasing, jumping, charging, whatever? the answer is simple: it’s practice. They are practising for what their body is evolved to do as an adult; learning vital skills, movement patterns and forging synaptic connections that will enable them to be effective adults and, vitally, physically healthy and suited to their environment. So the play activities of any species is a direct indicator of how the individuals of that species are meant to be moving as adults. And it is no different for the human species.

So look at how young humans play: almost universally (assuming the adults around them don’t intervene and impose restrictions on their natural instincts to play) they run, jump, climb, crawl and they do these things at every given opportunity, exploring their space and learning what their bodies can do. The movements of play are holistic, complex-dynamic, non-linear, instinctive and adaptive. They don’t play by repeating isolated patterns over and over. They don’t play by deconstructing movement into its component parts. They don’t obsess about ‘alignment’ or ‘core strength’. And yet the kids who are allowed to explore their physicality naturally and broadly tend to develop healthily, athletically and with general physical competence. They are excellent movers. And that should be a clue to us as to how we are meant to be moving as adults – or at least what we should be capable of doing. Play is an evolutionary indicator of the optimal movement patterns of any species.

Play is an evolutionary indicator of the optimal movement patterns of any species.

It’s important to understand therefore that play isn’t just a leisure activity; it’s a crucial part of our development towards leading a healthy, balanced life. The restorative effects of regular play enable us in turn to apply ourselves to our work far more effectively and with more energy and focus. We marginalise it at our peril, not only as individuals but as a society as a whole.

However, one can also observe that when the young of any species matures it tends to play less, as its play becomes its function. Lion cubs play but lions hunt and fight for real. And making that step from play to actual practice, to disciplined training for humans, is just as natural and just as important as playing while young. If we only played we’d also be missing out on our potential. We need to take the essence of our play, the movements, the fun, the immersion, and expand that into our practice, whatever that may be. Parkour looks very much like play, it draws on our natural instincts to run, jump and climb, but it also adds the vital adult elements of discipline, deliberate practice, focus and considered feedback. It’s play, but it’s serious play.

Making time to play is something worth getting serious about. Dust off those hobbies and pursuits you used to be so passionate about and give them some air; let them resonate with you again and you might find you are reminded of important truths you let fall away long ago in the rush and persistent demands of a modern working life. Of course, work – that time we commit to pursuing our calling (which can also be our chosen form of play!) – is just as important, and the key is to create a balanced lifestyle which provides enough time for both work and play, so that you can bring 100% of your being to each pursuit.

Further, play will also help refresh your mental processes, giving your mind a much-needed break from daily routines that can become all too monotonous and repetitive, slowly eating away at your resolve and enthusiasm for life. Play a little each day and you’ll find your energy levels increase, your mental acuity improve (especially if it’s movement-based, demonstrated to increase brain function and brain cell production) and your appetite for life restored.

That has to be worth finding time in the schedule for?

Come play with us at Parkour Generations – classes, workshops, events and one awesome community.