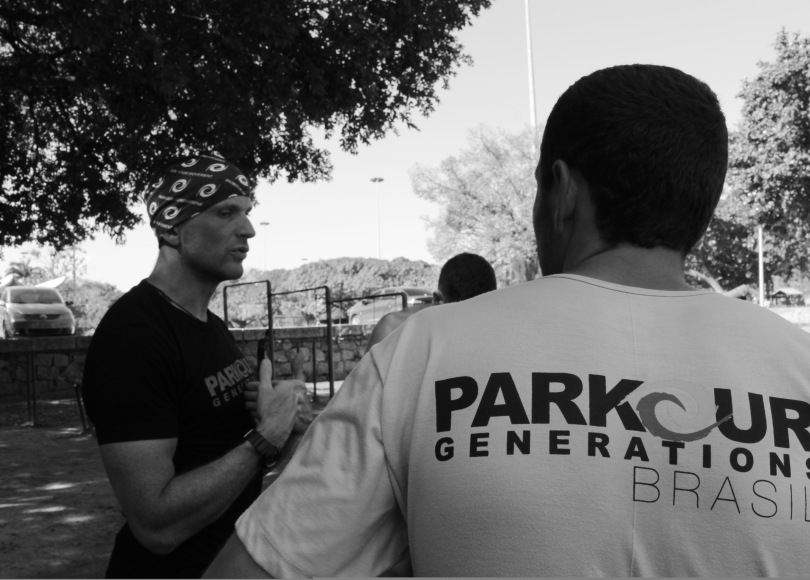 Here are just six starting points for learning the art and science of cueing for coaching movement.

You’re coaching a student through a new movement. Of course, you have 716 points you can make about the execution of this movement for optimal performance, so you throw just 31 of those points at the student to start with. The student’s brain explodes and his/her movement actually gets worse.

Minus the exploding brain, this is all too common a scenario.

Avoid over-cueing, at all costs.

While your student is digesting the awesome wisdom in your first point and trying to apply that, you throwing 2 or 3 more at them is just too much to juggle. Humans have something called ‘spotlight consciousness’, which means we’re only really good at focusing on one thing at a time. Hence, the good coach will give one cue at a time, make one point at a time, let that sink in and take root, and then and only then produce the next pearl.

As a coaching cue for movement this almost never works, and yet one I hear being used by coaches all the time. It doesn’t work. In fact, most of the time it has the opposite effect and actually increases the learner’s stress levels as they’ve now been reminded that they are not currently relaxed and yet should be!

Worse, some people will actually overcompensate when they hear this command and immediately surrender all body tension, which is the last thing you want to see during movement. At best it just takes their focus away from the actual movement.

The solution? Use positive cues that they can easily follow and which produce the desired outcome. For example, remind them to breathe deeply and slowly and this alone will begin to remove unnecessary tension from the body. Short, concise instructions that produce results. That’s Cue-Jutsu.

Humans are smart. We’re all incredibly fine-tuned for detecting nuance, feeling and meaning in communication, which can be given away by something as small as a gesture, a sigh or even the intonation of a word.

When coaching others, how you say something is just as important as what you say. If a new student detects frustration in your voice, there goes their confidence. If they sense anger hiding behind your motivational phrases, up come their defences and you’ve lost the connection. If they hear boredom, you need to look for another profession.

So check your tone. Every aspect of your communication should be aligned to elicit the optimal outcome in their training that you and they both want.

And hey, there’s no need to shout. This isn’t the army

You’re running a session working on precision jumps for a small group of students. One by one they attempt the jump, some with high quality landings in balance, some with a little wobble, some with a lot of wobble and some bouncing off or overshooting completely. Wanting to keep their energy high you stand nearby exhorting a cheery ‘Good!’ or ‘Perfect!’ upon every landing.

The outcome: a lot of wasted opportunities for improvement and a fairly pointless bit of coaching.

If there’s one thing we hammer home in our ADAPT coach education programme it’s that coaching is about creating a feedback loop. Mindlessly praising every repetition or movement by every student is not feedback. It’s a smokescreen; it simply obscures the reality of their current ability and progression possibilities. When everything they do is ‘good!’ how can they know what to work on, and indeed why should they even think they need to improve any further if they’re ‘perfect’ already?

Solution? Be attentive to every movement and cue with accuracy and specificity. Simple phrase structures like ‘Good, but next time I want to see (insert priceless gem of coaching feedback here)’ are fantastic habits to develop. As a coach you are much more valuable to people when you provide relevant, useful feedback that will help them improve.

‘Great work, Bob: try again, but this time put more focus on the perfect biomechanical degree of flexion in the knees upon landing, just enough to absorb the landing while maintaining enough tension to disperse impact throughout the tendons and fascia. Go for it!’

It’s outcomes that every good coach wants – and positive outcomes are a result of good practice, which leads to an embodying of the movement principles you’re trying to impart. But throwing out long-winded, complex concepts during physical training is at best a waste of time and at worst actually counter-productive. People can’t focus on cerebral learning while they’re actually moving, nor should they, so leave that until the session review or a good chat over coffee.

Not only should you keep cueing to one piece of information at a time, you should aim to keep it as concise and short as possible during the training period. That way people can process your advice easily and quickly, act upon it and produce better outcomes – the outcomes you’re looking for.

Keep it short, keep it simple: keep it effective.

This may sound obvious, but if cueing is an art and a science – which it most definitely is – then as with all things it only gets better if you practise. And the best form of practice is deliberate practice. At its simplest level deliberate practice means trying something, observing the result, matching it to your intended outcome to see if it was successful, then inputting that feedback into your process and trying it again. Learning to cue is no different: experiment with different cues and observe  the outcome in your learners. Try another cue for the same thing and see if it gets better or worse results. Observe, study, refine, reinforce.

Learning to cue well it tough and takes time and practise, but it’s also great fun; and the results you achieve will speak for themselves.

To learn how we cue for parkour and movement training get started with the global ADAPT Coaching Certifications and look for our specific seminars on the topic.

Is it hard? Good.